Rural Hotels Europe was founded in 2010 by business partners and friends, Henrik and Dillon. Their complementary skill sets (Henrik – sales and analytics, Dillon – web development and online marketing), and their love of staying at fine rural hotels, went together like strawberries and cream.

The fact that Henrik was based in London, and Dillon in Sydney, did not dampen their dream of a rural hotels empire for a second. Luckily, because today Rural Hotels Europe runs four websites and work with more than 150 beautiful rural hotels across Mallorca, Menorca, Provence and Tuscany, with more European destinations coming in the future.

Henrik and Dillon work from offices in the UK and Australia on a daily basis, however, both spend several months per year in Mallorca, Provence, Tuscany and other European destinations (sometimes with their lucky families in tow). All in the name of research.

Our business model means we work with small hotels in different parts of Europe, promoting them so that as many as possible get to try this traditional and charming experience. 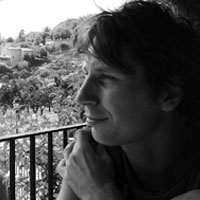 Online travel, numbers and talking about Mallorca; they are Henrik's best skills. He is an absolute expert on the island after living there for several years and our happy customers are rewarded with the fruits of his labour.

After working in online travel for large global brands, he decided to do his own thing (and avoid a battle on the tube each morning). Now his mathematical brain soaks up all our numbers eats them for dinner.

It's possible that Henrik went into business with Dillon just so he could get an all expenses paid, business trip to Australia. He will not confirm or deny this. 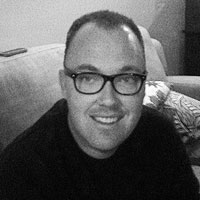 Web development, design, copywriting – is there anything this guy can’t do!? Dillon designs and builds all our websites while also looking at big picture stuff for the company.

He is forever pushing the boundaries of what is possible online and keeps our websites fresh with the best and latest technology.

Dillon is also a fan of film, tech gadgets and all the different strands of bass music. That makes him sound like a geek, but he's not. Promise. 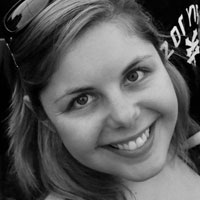 Dillon's better half, Christie, looks after the social media accounts (Twitter, Facebook), writes the activity guides and completes all other ad hoc tasks the boys throw at her. Oh, and she is also the receipts obsessive – someone has to get organised for tax time!

Christie is also a keen cook, mummy and general bossy boots. However, she can’t draw, keep plants alive or grow taller than 4’10″. You can’t be good at everything.

Henrik is obviously Swedish (his real name, unsurprisingly is Sven, but don’t tell him we told you). Dillon is Australian with Irish heritage. His ancestor was on the first fleet out to Australia for stealing a loaf of bread. Christie is Australian with Lebanese and Hungarian heritages, so naturally she is called The Hungry Leb. We hope that has satisfied your curiosity.

Sign up to our regular email newsletter for great holiday ideas!